Regarded by most Corvette enthusiasts as one of the best generations of Corvettes, the Stingray models as they are popularly known were the perfect mix of style and performance. Based on Bill Mitchell’s 1959 StingRay Racer car, the second generation

Corvettes saw the introduction of features like pop-up headlamps, Big Block V8 engines with the 396 CID L78 option and  Factory-installed driver/passenger  headrests which were included as optimal equipment.

Although the second generation of Corvettes saw the introduction of some of the best Corvettes  till date, it was the most short-lived generation of any Corvette, only lasting for five model years. The debut of the 1963 sting ray model marked the beginning of a new era for the Chevrolet Corvette brand. The earliest 1963 Corvette was the first ever Corvette coupe and only year for the split-window coupe. It was also the first year the Z06 option was ever attached to a Corvette. The split- window approach which was hated by Arkus-Duntov, but loved by Mitchell and Shinoda was more of style - over function and had its disadvantages as it intruded into the driver’s rearward vision and was eliminated in 1964.

The 1963 model was well received by the automotive press and sports car enthusiasts with 21,500 units sold in total during 1963. It combined elements of European sports cars but retained the American styling and touches in the interior design of the car. The 1963 stingray models all came equipped with 327cid engines, with 250hp standard and optional variants with 300hp, 340hp, and 360hp. The  RPO Z-06 package was also available for the first time on any Corvette for $1,818. This was a special performance package that would go on to help Corvette win their first race at the Los Angeles Times Grand Prix. only 199 Z-06 Corvettes were produced.

In 1964, the 63 model was slightly alerted. The split - windows were eliminated, more sound insulation was added and a slight increase in horsepower. The 1964 stingray sold an impressive 22,229 units breaking the 1963 record. The 1965 stingRay saw the introduction of three functional vertical louvers in each front fender. But the biggest improvement to the 1965 model was the introduction of the 396-cubic-inch big-block V8. The 450hp  "L78'' 396 was a very nice addition to the 1965 StingRay and became an instant success. 1965 also saw the introduction of Four-wheel disc brakes to the StingRay.

The StingRay brand became more interesting in 1966 as two big-block V-8 engines became available in 390- and 425-horsepower. Despite the slight changes made from the previous 1965 model, the 66 model still sold a massive 27,720 units. The 1967 StingRay was the last model of the second generation Corvette, summing up five years of improvement made to the StingRay models. The 427 in³ Big-Block Tri-Power V8 engine became available in 67 models and also the three large fender vents were replaced by five smaller ones.

The second generation Corvette might have been the generation with the shortest lifespan but it will always be remembered as the generation of Corvette that put the iconic American sports car on the map as serious contenders. The 1963 Sting Ray coupe is still rated by many Sports car enthusiasts as one of the most attractive sports car ever made. Little wonder why the legacy of the StingRay models is still felt till date.

This beauty was in storage for a while and needed some TLC.
She’s back up and running right in time for the great weather we’re having. 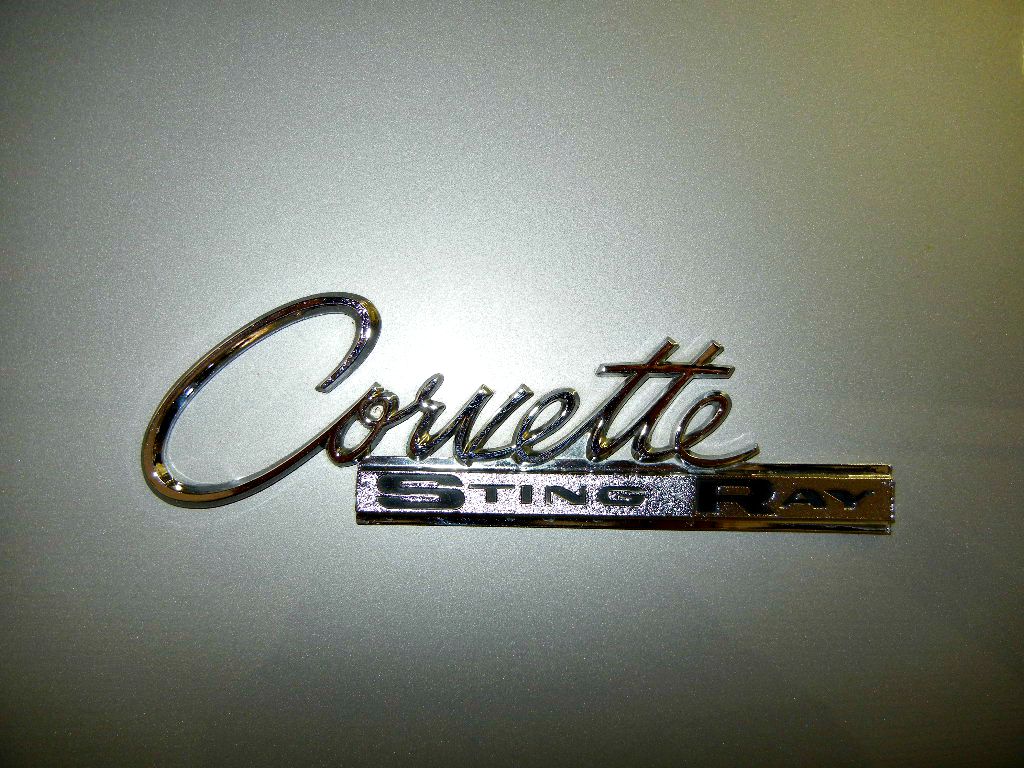 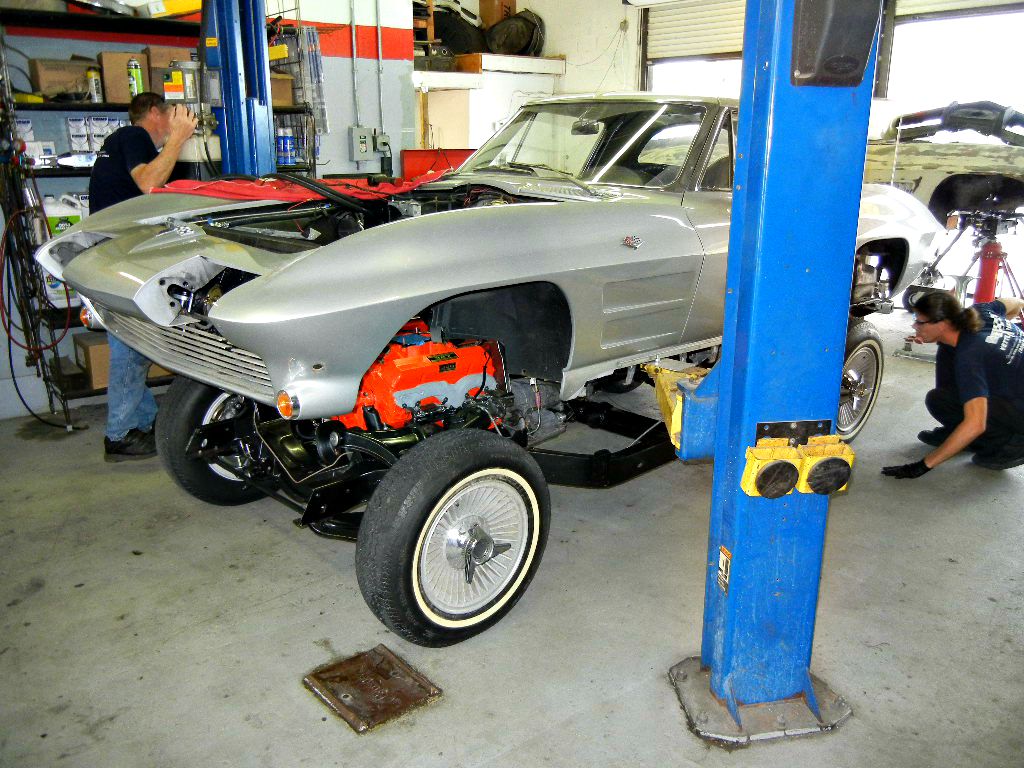 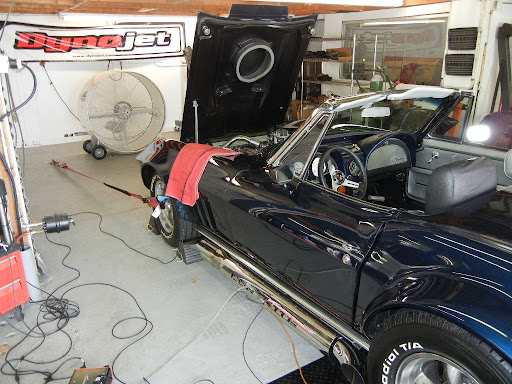 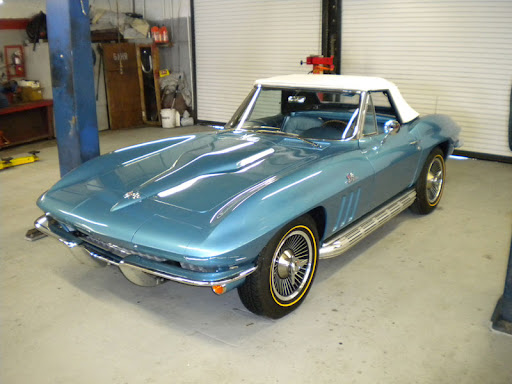 Complete & Custom Interior with Many Electronics

Complete & Custom Interior with Many Electronics